A Day at the Zoo 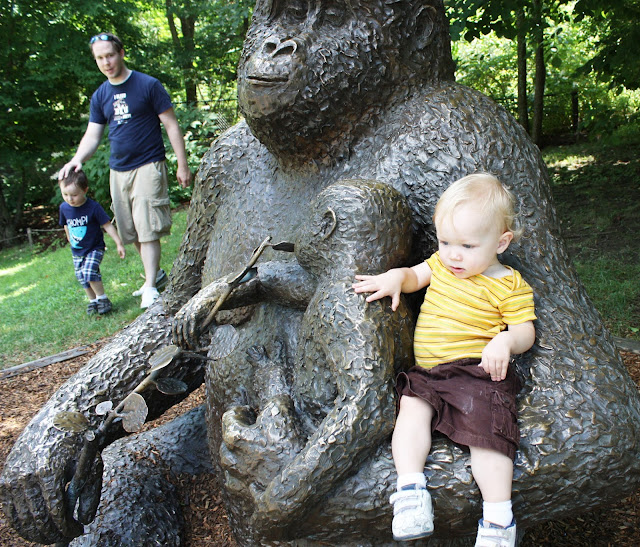 I don't know who was more excited: Lincoln or his parents!  Ever since he's been able to label animals, we were dying to take him to see some real ones!  We visited the Franklin Park Zoo last Saturday and had a great time. 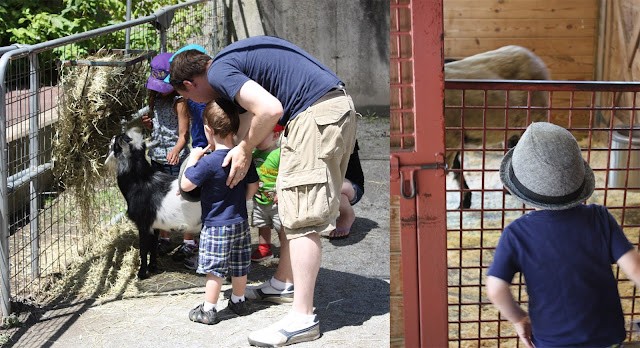 The petting zoo was the best place to start, and the enthusiasm about seeing real sheep was adorable! 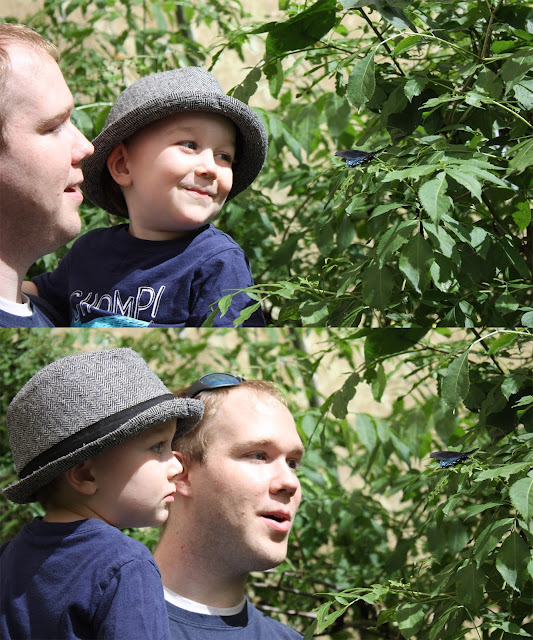 The Butterfly Atrium was really beautiful and we got to see one hatch, or rather, crawl out of his cocoon.  Moms love that. 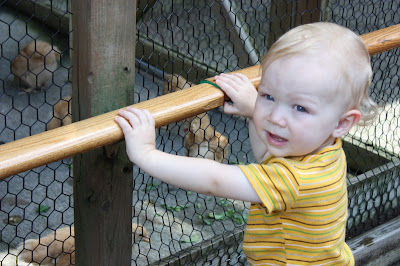 Parley with the chickens and Link with the lion.  Funny how they seem to resemble each other to me! 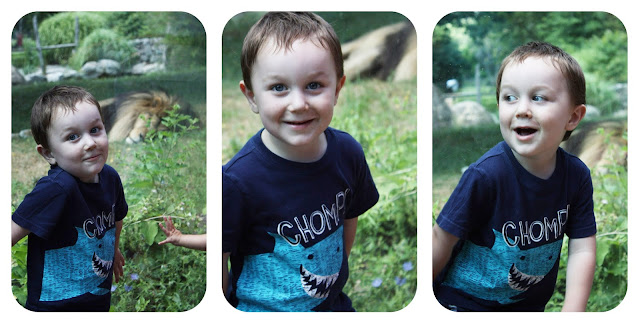 Isn't this last picture impressive?!  Parley was mesmerized by this giant gorilla. 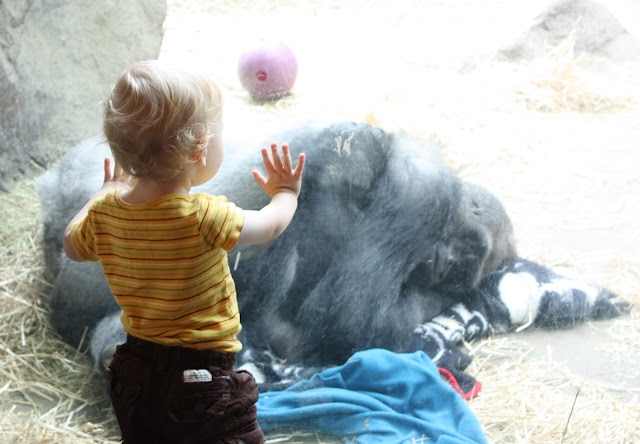 We love the zoo! 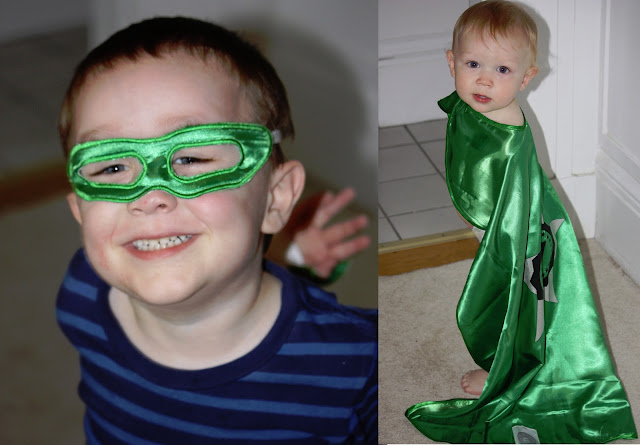 The way these boys play with each other is just so heartwarming.  The way they giggle all night long in their room, keeping eachother up hours past their bedtime, is frustrating but adorable.  Oh, my superboys. 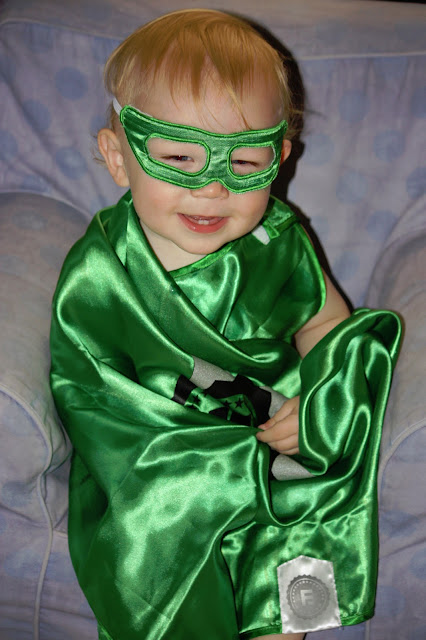 Here was a fun review I got to do with my sister-in-law Holly a few weeks ago!  These are the super cute swimsuits from Persona Swimwear. 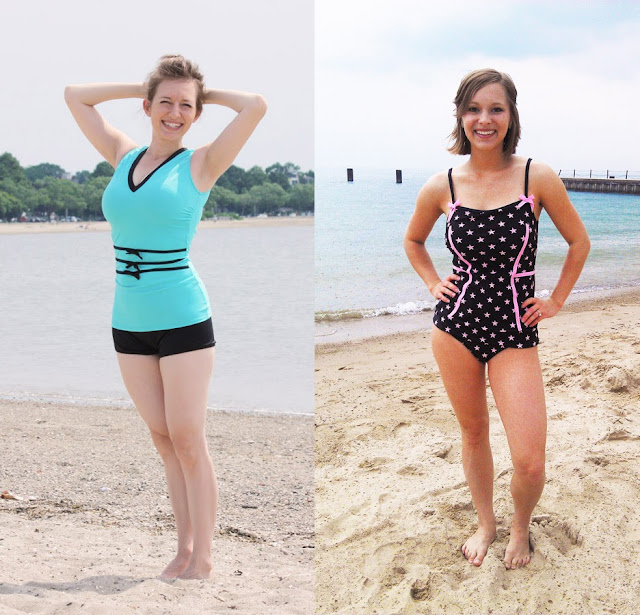 Good thing I'm comfortable being a swimsuit model, because did I mention?  I'm doing another show!  I was cast as "Nellie" in some South Pacific numbers in an upcoming musical review.  Hello swimwear in "Wash That Man Right Out of my Hair", yikes!  Show is on in 3 weeks, double yikes!

Posted by Camille at 6:51 PM No comments:

Happy 4th of "Gee, thanks for visiting Ohiopyle!" 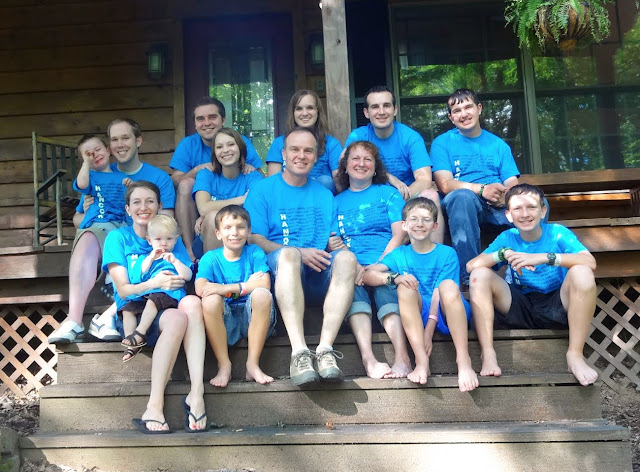 Only so appropriately named, considering the funniest part was when 12 of us piled on to Travis and Holly's bed and totally broke it to pieces.  Below is just before the break, and then us using the broken boards for firewood.  Yup.  Don't worry, Dad went out the next morning, bought all new tools, and basically rebuilt them a better bed than the first.

In the fall, Jason's shins landed on the side board and the swelling was so bad, it practically gave him a 3rd knee!  See, this family vacation was kind of a pick-on-Jason-cation.  It all started with our first excursion: natural waterslides!

These were super cool, and actually pretty dangerous!

We all made it out alive, except that on J's ride, he lost one of his contacts (and had to go one-eyed for much of the vacation), AND HE LOST HIS WEDDING RING.  Boo hoo.  We were sad for a minute, pretended to look around, soon realized it was a lost cause, then started getting excited about shopping for another one.  We're just so glad it wasn't mine. 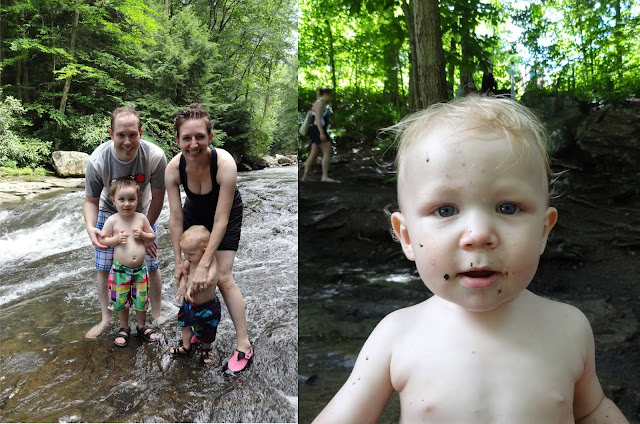 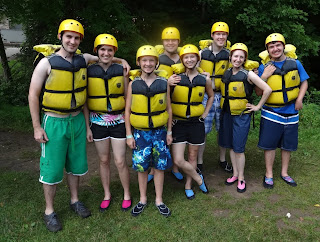 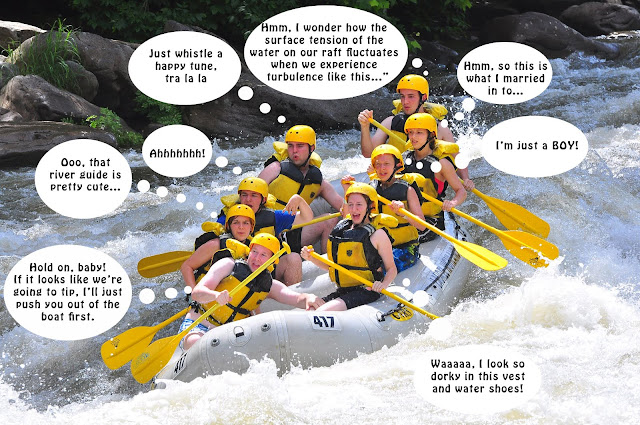 It was the first time for a lot of us, and besides some burned knees, we all had a blast!  Favorite part: when we hit an unexpected rock and the entire left side of the raft fell in and we had to be rescued!  While we were swimming and frying, Grandpa and Grandma took our boys on a bike ride! 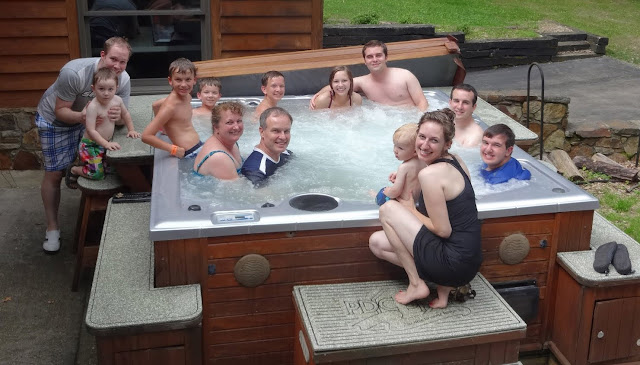 More hot-tubbing, caving, game-playing, eating, watch-making, and teasing, and gee, what a swell way to spend the 4th :)

Let's do it all over again!  Millar family reunion next week!!!
Posted by Camille at 10:29 AM 2 comments:

Tutorial time again!  Is it weird that I've always wanted a book safe?  Maybe because I don't really have a passion for books, I don't feel heartless slicing them up. 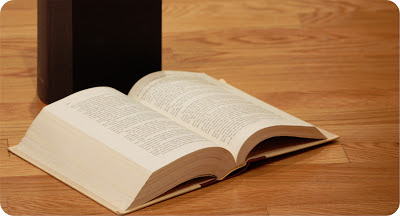 Step One: Find a book.  Our library does 3 hardbacks for $1. 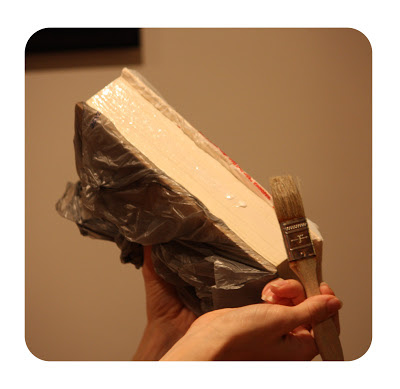 Step Two: Wrap the front and back covers in plastic bags, then paint the three sides with glue. 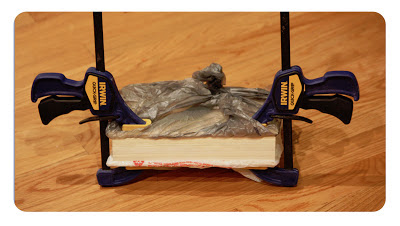 Step Three: Clamp it for atleast an hour. 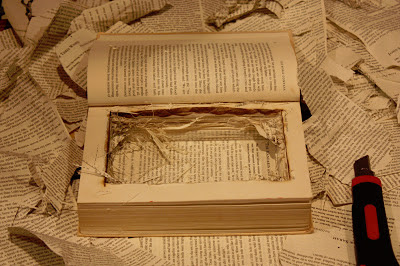 Step Four: Hack away!  We started burning it with the Dremmel, but after the 4th smoke alarm in 10 minutes, we figured we'd leave the neighbors alone and just take a blade to it. 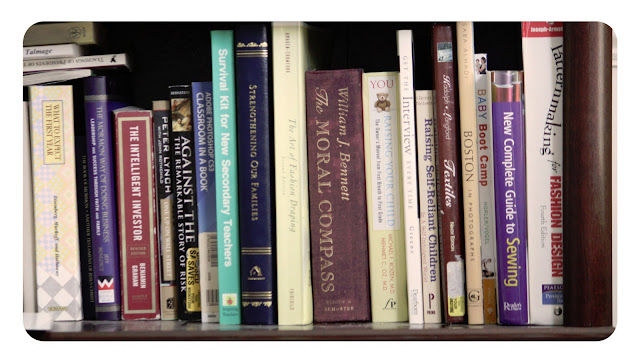 Do you know which book contains my treasures!?
Posted by Camille at 9:11 AM 2 comments:

Fenway Fun and a Stroller Story 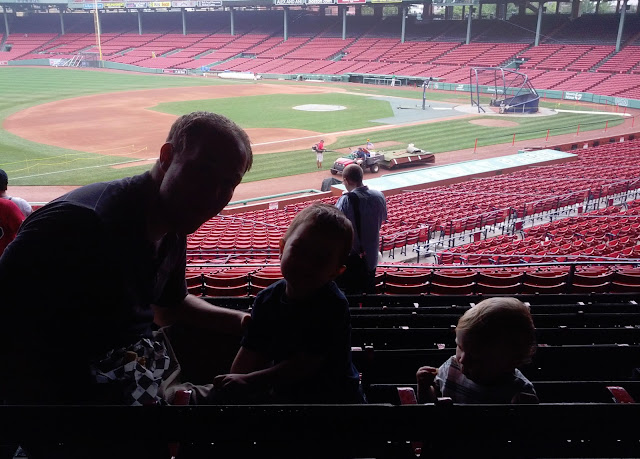 Jason's summer work party this year was at Fenway Park!  Because it was a game day, we weren't allowed on the field, but they basically opened up the concessions and we could eat to our heart's content! 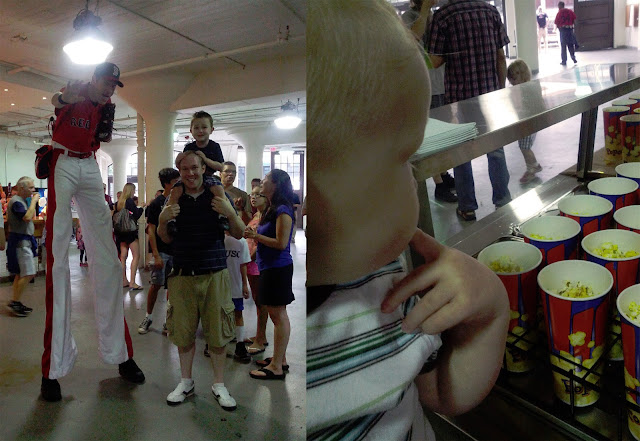 We're just itching to go to a Red Sox game now!  Should we take Lincoln?  Has anyone taken an almost 3-yr old to a baseball game and would recommend it? 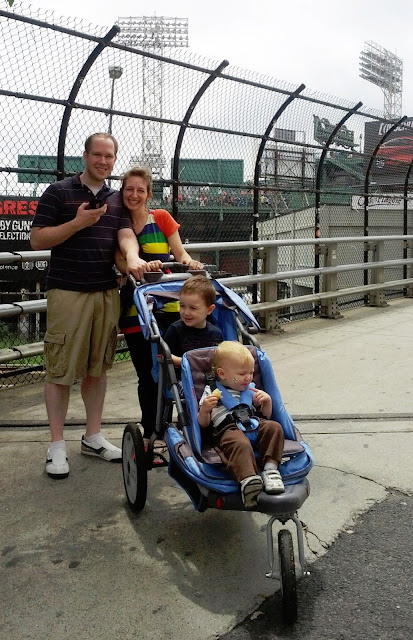 Cute us.  This brings me to my stroller story.  I am over the moon about our upgrade!  I know this dialogue is only relevant to you if you are into double strollers, but I'll give you my two cents.  We bought the Jeep Double because of its claimed 'lightweight' structure and incredibly small collapsed dimensions (specifically for our Hyundai), but it was really unbearable to push.  Hard to steer, hard to turn, heavy heavy heavy, awkward, etc.  It was probably a cushy ride for the boys, but really not designed for short moms I guess.  A little Craigslist shuffle, and I got myself a practically new InStep Safari Jogger, and it is a DREAM!!!

I may never go back to anything else.  City people just HAVE to get joggers.  I ain't no mall walker.  I'm a swerving, subway-ridin, street-cruisin, sidewalk-jumpin crazy city mom!  And I love my stroller!
Posted by Camille at 10:53 AM 3 comments: 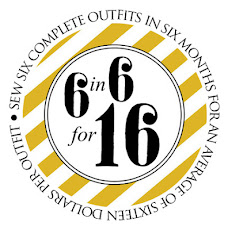 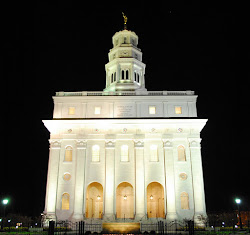